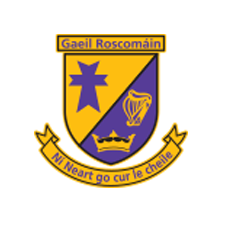 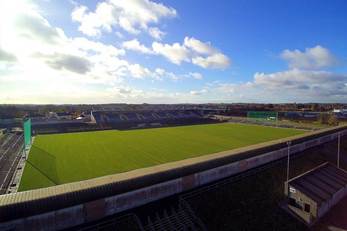 ​Raftery’s field, a fourteen acre site on the Athlone Rd in Roscommon town, was purchased in 1969, for the sum of £3,000 and so Hyde Park was born. The stadium has seen many developments over its 30 year existence. The Hyde Centre and bar Complex was developed in the seventies, and this complex also housed the main dressing rooms until 1997. In 1993 the grassy banks which surrounded the ground on three sides gave way to modern terracing, where crowds of up to 30,000 people can watch a match in safety and comfort. The most recent developments were the completion of the dressing room complex and the fully seated stand.

While the Hyde as we now know it only came into existence in 1971, an All Ireland Semi Final was actually played in ‘Raftery’s field as far back as 1930, when Mayo took on Kerry. The 1943 County Final where Jimmy Murray’s St Patrick’s defeated Strokestown was also played there, However, the first Championship match of the modern era was played at the Hyde in 1971, when Roscommon lost to Sligo for the first time in a Championship match since 1937, on a scoreline of 0-10 to 1-05. This was also the first Championship season since the removal of the ban.

Over the years there have been many unforgettable moments at the Hyde, the U21 All Ireland win over the Kingdom in 1978, the fourth Connacht title win in a row in 1980, the defeat of Mayo in 1991, the heartbreaking defeat to Galway in 1998 and the Connacht Final win over Mayo with Gerry Lohan's last minute goal in 2001.

In March 2014, an agreement was reached between Roscommon Gaels and Roscommon County Board regarding the control of Dr. Hyde Park which will allow for further future development of the grounds.